John Twitty Harper, my great-great-grandfather, was born in Cheatham County, Tennessee on October 5, 1877 to Lucy Stringfellow and James William Harper. He grew up in Cheatham County and met Nancy Elizabeth “Nannie” Jordan, who was four years his senior. They married on November 10, 1897 and started their family while living in Cheatham County. The couple had two sons:

Both sons were barbers in Nashville before becoming Nashville police officers.

As for John, he worked in his younger years as a farmer, while living in Cheatham County. In 1910, he lived on River Road near the Davidson/Cheatham line. He moved to Nashville after 1910 and worked for the Nashville, Chattanooga and St. Louis railroad (NC & St.L). He was a carpenter, then a watchman.

In 1920, according to census records, the family lived at 4901 Delaware Avenue in Nashville. Located in West Nashville at the site of present-day Interstate 40, this area of Delaware Avenue no longer contains houses or structures.

In 1930 and until his death, the family resided at 509 49th Avenue, across the street from the old Cockrill school building. (I believe this was likely the same house as 4901 Delaware Ave., just an updated house number.)

The city of Nashville actually took photos of the buildings before they tore them down during interstate construction. I have reached out to the Metro Archives several times, but I haven’t had any luck obtaining the photos of their home on 49th Ave.

Might I add in in 1930, John Twitty had a full house. His son Hiram’s two sets of twins were also living with the family. Hiram was divorced and Nannie and John helped to raise  their grandchildren Fred, Frances, Claude and Clarice.

Here’s John with his grandchildren at their camp. (Location unknown.)

At age 70, he was diagnosed with arteriosclerosis – typically occurring in old age, it means thickening and hardening of the walls of the arteries. On December 13, 1948 at 9:45 p.m., he had a heart attack and passed away.

He is buried at Spring Hill Cemetery in Madison, Davidson County, Tennessee. 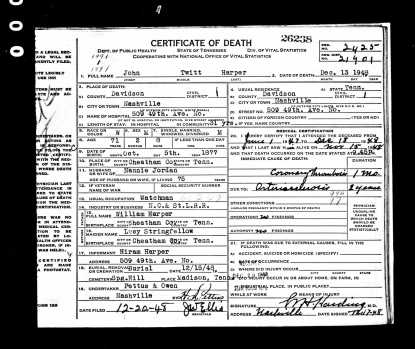 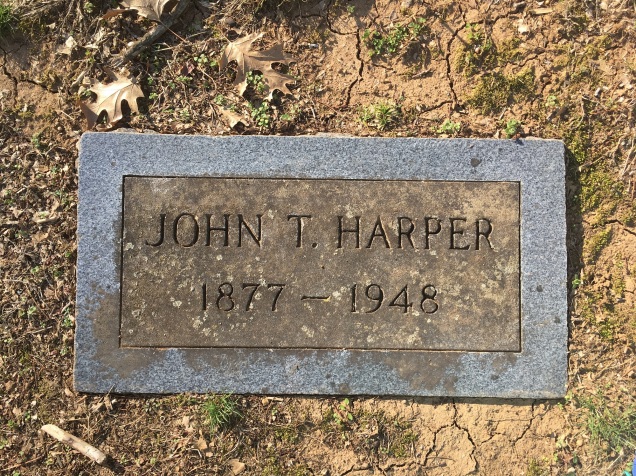