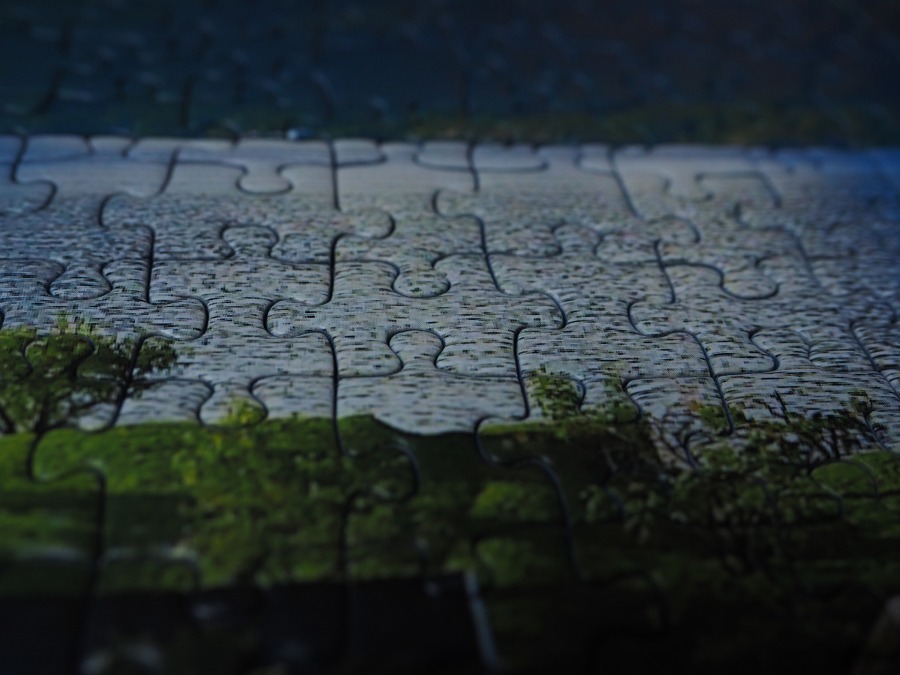 I feel like I am trying to put together a puzzle that has just one missing piece. Do you have the missing piece or know where I can find it?

My fifth great-grandmother was named Margaret but went by Peggy. She was born March 7, 1801 to unknown parents – that’s the problem. She was born in Cumberland County, North Carolina.

At the age of 19, on October 20, 1820, she married Pinkney Lee Pylant in Cumberland County, North Carolina. She used the name Pagey (Peggy) Gilbert on the marriage document. However, this isn’t case closed for her last name. Type in a Google search or check out ancestry.com if you’d like to become VERY confused. At some unknown point, it was suggested her last name was really Renfrow.

I am tired of calling her Margaret Peggy Gilbert Renfrow or Margaret Peggy Renfrow Gilbert…can we just drop one name? In frustration, I decided to do research to compile how this confusion got started in the first place.

I first examined her later years for clues. Pinkney and Peggy settled in Lincoln County, Tennessee on Norris Creek near Belleville. She’s there on the 1850, 1860, 1870 and 1880 census records. In 1870 and 1880, she’s living with her son Felix and his family. (In 1880, Felix’s name was wrongly transcribed as Thos. All census records mentioned are pulled from Ancestry.)

Here are their known children:

Her husband Pinkney died in 1861, and Peggy applied for a widow’s pension for Pinkney’s service during the War of 1812. Transcribed below.

Application # 30066
State of Tennessee County of Lincoln
On this second day of August A.D. eighteen hundred and seventy-eight personally appeared before me, Paul D. Boyce, Clerk of the County Court, a Court of Record in and for the County and State aforesaid, Margaret Pylant aged seventy-seven years, a resident of Norris Creek, County of Lincoln, State of Tennessee, who being duly sworn according to law, declares that she is the widow of Pinkney Pylant who served the full period of fourteen days in the military service of the United States in the War of 1812, and who was the identical Pinkney Pylant who enlisted in Captain John Green’s Company, North Carolina Militia at Raleigh, North Carolina in 1814, and was honorably discharged at Norfolk, Virginia in 1815; that he served in said Company as a Private the last five or six months of the war. The precise date of enlistment and discharge not remembered, nor can the applicant designate the Regiment, Brigade & Division of the Army; that she married under the name of Peggy Gilbert to said Pinkney Pylant on the twelvth day of September A.D. 1820 by John Burch, a Justice of the Peace of Cumberland Co., N.C. in said Co., there being no legal barrier to such marriage; that her said husband died at Norris Creek, Lincoln Co., Tenn. on the twenty-first day of September 1861 and that she has not remarried since his death; that she is not in receipt of a pension under any previous act; that she makes this declaration for the purpose of being placed on the pension rolls of the United States, under the provision of the act approved March 9, 1878, and hereby constitutes and appoints, with full power of substitution and revocation, Holman & Holman, of Fayetteville, Tennessee, her true and lawful attorneys to prosecute her claim, and obtain the pension certificate that may be issued; that her post-office is at Norris Creek, County of Lincoln, State of Tennessee; that her domicile or place of abode is Norris Creek, Lincoln County, Tennessee.
Peggy Pylant, applicant
Attest: Isham Sorrells, Jas. F. Renfrow
Rejected Feb. 21st, 1879 on the ground that there is no record evidence of the service of the organization in which individual service is alleged in the War of 1812.

This document is important because we have the name of her two witnesses. Isham Sorrells married her daughter Penina, so he would be her son-in-law. The other was James F. Renfrow.

James Renfrow attended church with the Pylant family at Mt. Hebron Presbyterian Church. (Here is a website that transcribes the church’s records.)  James was born about 1815, so he was about 14 years younger than Peggy.

I researched James and found that he was also born in Cumberland County, North Carolina. Hang on, because this is where this REALLY gets confusing.

James Renfrow’s mother was named Edith Swindle / Swindell (married name). She lived with James until her death in 1868. You can find her on the 1850 and 1860 census in his home. She was also a member of the Mt. Hebron Presbyterian Church. AND guess where she’s buried? In the Pylant Cemetery beside Peggy & Pinkney Pylant! That may not seem so odd at first, but it’s a small cemetery with only Pylants (9 to be exact) buried there. Here’s a link to the list of graves.

In my investigation of Edith, I found that she was born February 3, 1782 in North Carolina. Her first marriage was to a James GILBERT. We know this because her second husband, James Renfrow Senior, deeded land and miscellaneous items to her children from her marriage to James Gilbert. Their names were James, Christiany and Patsey. This was in Cumberland County, North Carolina and you can pull up all of the old deeds there to view them for yourself on their website. The transcribed copy of the deed is below.

I already checked the original to make sure Patsey wasn’t Peggy. It’s not. It’s clearly Patsey. I have researched the three Gilbert children, but I cannot find out anything else about them.

On June 9, 1814, Edith married James Renfrow in Cumberland County, North Carolina. We can assume Peggy wasn’t from this union because she was born in 1801. James and Edith did have two children: the above mentioned James Renfrow and Rebecca Renfrow who married James Wright (also in Lincoln County, Tennessee).

In 1830, Edith is living in White County, Tennessee under the name Edith Swindle. That was at least her third marriage, and that is the name she kept the rest of her life. We don’t know her maiden name.

We can assume Peggy was close to Edith and her son James Renfrow from the pension application, church records, and Edith being buried beside Peggy. However, Peggy and James would be half-siblings at most. It doesn’t seem likely that Peggy was Edith’s daughter from her first marriage to James Gilbert because she was not listed in the deed. There are a few options:

None of these explanations completely make sense to me when we take the available records into consideration. To add to the confusion, I found another interesting record.

During her senior years, Peggy was living with her son, Felix Pylant. Felix didn’t pass away until 1922. His mother’s name is listed as “Margrett Renfrow”. Surely a child would know their mother’s maiden name, right? Not always. I’ve seen it mixed up or wrong before. Did the informant get it wrong? Is it possible, since James Renfrow didn’t die until 1901, that they just knew that James was Peggy’s brother and assumed she was a Renfrow too?

I would love to be able to find out whom Peggy’s parents are! I’ll keep searching.

If you have more information on these related families, please email me at downhomegenealogy@gmail.com.