James Alonzo “Jim” Bennett was my great-great-grandfather. All of his descendants come from his daughter, Georgia Elizabeth Bennett who married Harvey Carrell.

I wanted to learn more James’s life, so I’ve studied records available through Ancestry.com and found a few newspaper articles about him.

James was born August 24, 1879, according to his World War I draft record, social security index claim, and tombstone. He was the son of George Washington Bennett and Nancy Louisa Russell. His birthplace was likely Cedar Hill, Robertson County, Tennessee. On the 1880 census, James is 9 months old, living with his parents, siblings Martha “Mattie” and William, along with his grandmother, Martha Ann Owens Crutcher, and step-grandfather, Andrew Crutcher.

I haven’t found James on the 1900 census. He’s not living with his parents.

On February 19, 1905, James married Lula May Justice in Robertson County, Tennessee. Online family trees state she died in 1907. I haven’t found supporting records of her death or parents. James’s sister, Martha “Mattie”, married Alonzo Justice. It’s likely Lula was kin to Alonzo. She must have died sometime before January 1908 because…

In 1910, James and Addie were living in Civil District 5, Robertson County on Pleasant View and Thomasville Road. James was listed as 30 and Addie as 26. He was working as a farm laborer. 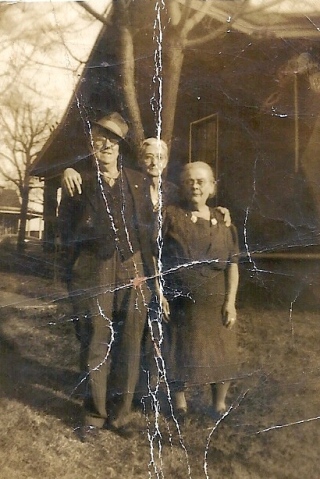 Mary Louise died at age 2 and a half, on December 28, 1918, due to lobar pneumonia, a form of pneumonia that affects a large and continuous area of the lobe of a lung. Her death certificate lists the doctor tended to her from December 19 to December 27. She was buried in Jacbos Burial Ground. (I couldn’t find the exact location of Jacobs.)

My dad’s cousin sent me a disc with old photos on it that belonged to Georgia, Mary’s older sister. To my surprise, there was a photo of Mary Louise. Georgia and Mary Louise were sitting in the lap of their cousin, Dewey Bennett, son of James’s brother, William. Dewey is holding Mary’s face straight and still for the photo.

On April 12, 1918, James was registered for the World War I draft at age 39. He did not go to war, but the draft card lists some good information. He was 5’8″, medium build with dark hair and blue eyes. His residence is 1906 Fourth Avenue in Nashville, Davidson County, Tennessee. He worked as a “stationary foreman”. For his nearest relative, he lists his mother, not his wife: Louise Bennett (mother) living at 1924 Fourth Avenue. (Right down the street from him.)

On May 30, 1919, James Alonzo Bennett Jr. was born. I actually got to meet Uncle James several times before he passed away on January 12, 1999. James Jr. did not have any children.

In 1930, the family lived at 1915 Fourth Avenue. They must have moved a few houses down the street. James was working as a laborer at a cement plant. The census indicates he didn’t attend school, but he said he could read and write.

The family moved to Nassau Street sometime by 1940. James, age 60, was still working as a laborer.

He is buried in Bartlett Cemetery in Cedar Hill, Robertson County, Tennessee.

In the photos my dad’s cousin sent to me, there are two old unknown photos of the same man. Comparing them to known photos of James and the description from the WW1 draft card, I believe this MIGHT be James. I have no proof. 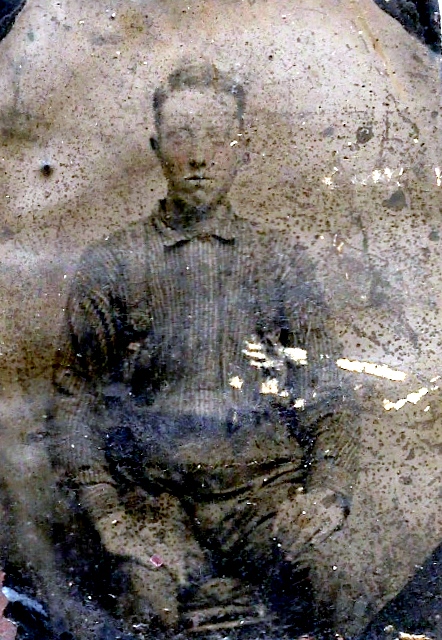