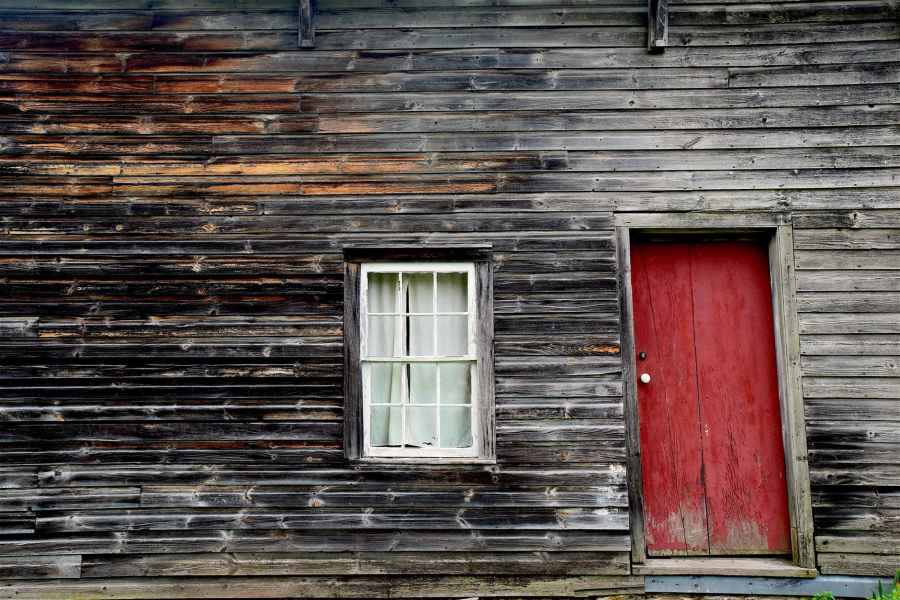 Robert Gower and Agnes Burnley were early Nashville residents. Nashville was founded in 1779 by the Robertson and Donelson party, which also consisted of the Gower family and Robert.

Robert was born between 1774-1775, if you take into account he purchased land in February 1796. (He would have to be at least 21 years old.) Robert was about four or five when making the journey from North Carolina to the Cumberland settlements with his family. His parents are unknown and often speculated.

On February 27, 1796, Robert Gower, assignee of Martin Armstrong, purchased 50 acres of land lying on Bull Run near the Cumberland River. The deed is in Davidson County, North Carolina records, although it refers to land in present-day Tennessee. 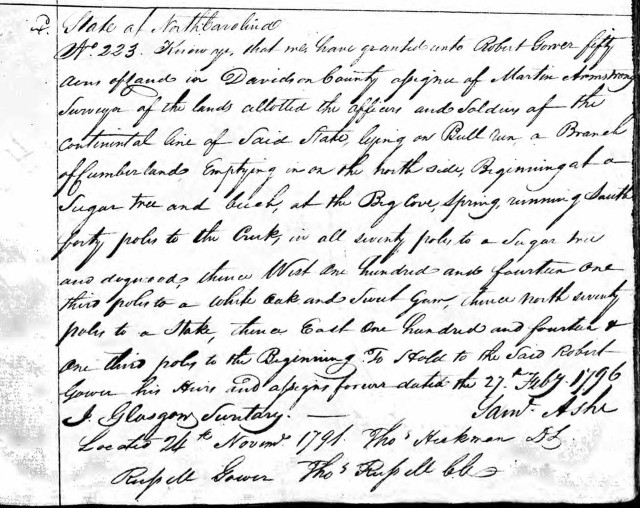 Bull Run was near Gower Island. I have included a map below.

On September 25, 1792, Robert Gower and Agnes Gower married. Their bondsman was Braxton Lee. 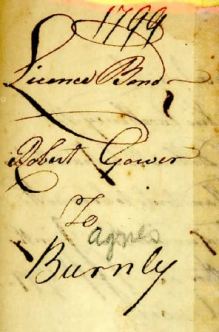 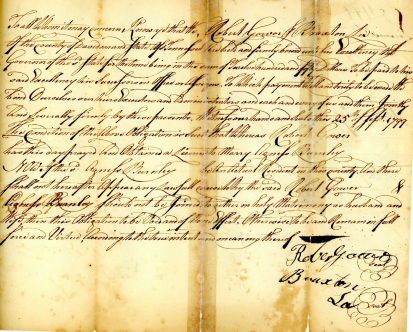 These are the original marriage documents from the Nashville Archives. (Click images to enlarge.)

What we know about Robert and Agnes is very limited. My sixth-great-grandparents left their legacy through their many descendants instead of through records.

Robert is listed on the 1811 tax list and 1812 tax list, under Captain McCormack’s Militia Company, along with Russell Gower, Benjamin Moss, Elisha Gower, and Braxton Lee living nearby. Russell Gower is often assumed to be Robert’s father, mostly due to location. There is no hard proof that this is true. Russell’s estimated birth year is 1759, and I find it unlikely that Russell was his father based on that alone. Robert’s father may have been Abel Gower Jr., but there is no hard proof.

By 1820, Agnes was the head of household with eight children living with her. This puts Robert’s death date before 1820.

In 1820, the family’s neighbors were the Felands / Fieldings: Thomas Williamson Fielding and Mary Feland, widow of William Feland. They lived in the Sam’s Creek area of what is present-day Cheatham County, Tennessee. See more about the Felands here.

Agnes is not listed by name on the 1830 census, but she could have either A) already passed away or B) be living with family/her children.

If you also are researching the Gower family, feel free to email me downhomegenealogy@gmail.com.