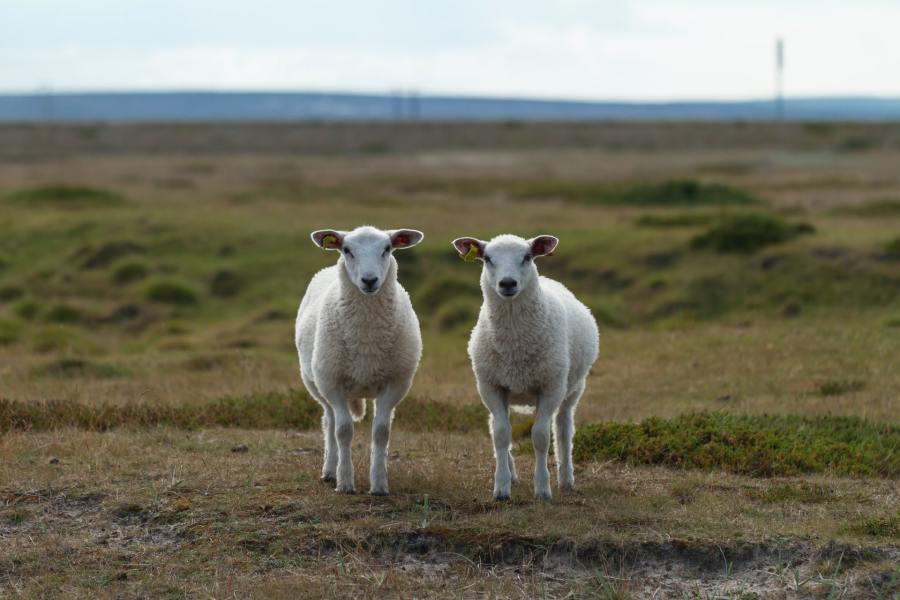 Margaret “Peggy” Meek and Malachi Tidwell are my fourth-great-grandparents. The family settled in Dickson County, Tennessee, near present-day Montgomery Bell State Park. According to Paul Oliphant via JS Scott, “[they] settled on Old Henry Blackburn Place in Dickson Co. Down the Spring Branch toward Montgomery Bell Park is the Old Squire Richardson place next to the Malachi Tidwell place.” [Source: 1, 2]

Malachi was born in Farfield, South Carolina on August 23, 1808, according to the Edmund Tidwell Bible transcript. His parents were Edmund Tidwell and Mary Nancy “Molley” Tidwell who were first cousins.

From http://www.biblerecords.com/tidwell.html: “This is copy of the info in the Edmund Tidwell Bible which was given to Nancy White Tidwell. I don’t know who has it now, I received a copy of it from a Tidwell researcher several years ago. This family lived mostly in TN, but I believe Edmond Tidwell was in SC. His wife’s name was Mary Nancy Tidwell, nicknamed Molly although it’s spelled Moley here. Valerian772@wmconnect.com”

Visit the link above for the full transcription. Dates to note:

Marriages of his children

Margaret “Peggy” Meek was born around 1808, (according to the 1850, 1860, 1870 census), the daughter of Josiah Meek and Mary Edmiston / Edmonson. Several of Peggy’s siblings married Tidwells. They all lived in the same area in Dickson County, Tennessee. Although there is no hard documentation that Josiah was Peggy’s father, I believe he likely was.

The History of the Meek Family by M.A. (Zonie) Ericksen (on Ancestry) states that Josiah moved his family from Mecklenberg, North Carolina to Tennessee around 1806. (Margaret Peggy is listed as a child of Josiah’s.) Her family lived in the Dickson County, Tennessee area in 1820 (per the census).

The couple had at least six children:

Neither Peggy nor Malachi could read, as noted on the 1850 census, but their children could. The children all attended school. Malachi was a farmer with an estate of 500. His oldest son, Edmond, helped on the farm.

Malachi appears to have been a successful farmer with his real estate totaling 1,500 and personal estate 22,455 in 1860. His son, Edmond, and his family lived next door. His daughter, Amanda Richardson, and her family lived only a few houses away. His son, Josiah, helped on his parents’ farm.

Both of Malachi and Peggy’s sons, Edmond and Josiah, fought in the Civil War for the 11th Infantry Company K, alongside their first cousin Franklin Fulton “F.F.” Tidwell. Edmond died March 16/17, 1863 in Cheatham’s Field Hospital near Shelbyville, Tennessee.

Malachi passed away December 28, 1865 at the age of 57. His estate packet is available on Ancestry.com. His son, Josiah Tidwell, was the estate administrator.

Peggy passed away a few years after Malachi, around 1871 at the age of 62. (Family trees give the undocumented date as December 11, 1871, however, this is not possible since her estate was administrated by Josiah as early as January 1871.)  A receipt for someone who took care of her gives the last date of attendance as December 12, 1870, so I believe that is likely the day she passed away. I have included some documents from her estate packet below, including a property list and receipt for a casket. 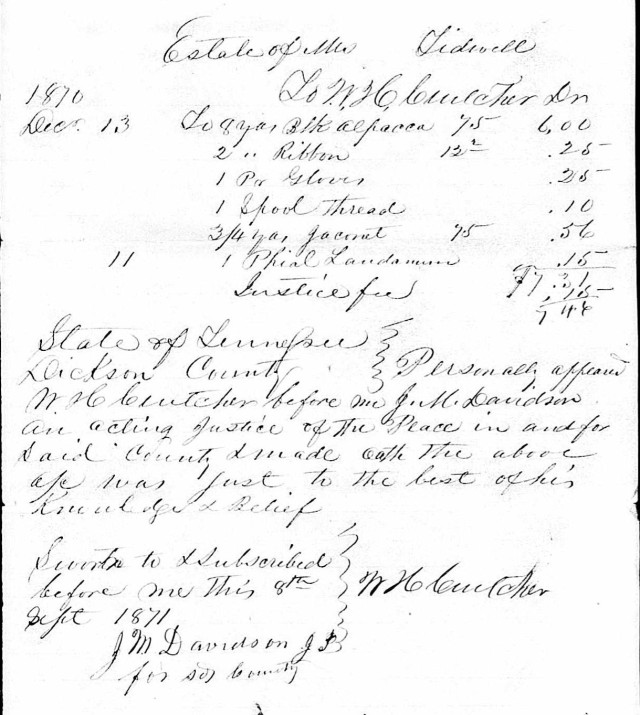 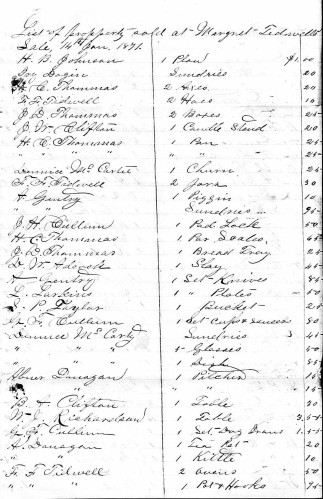 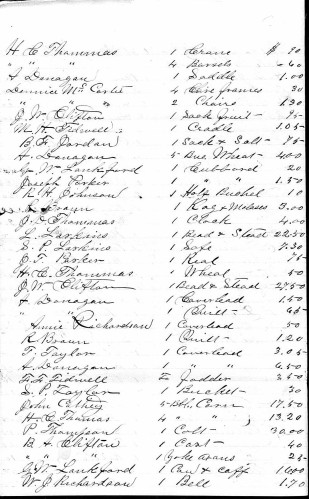 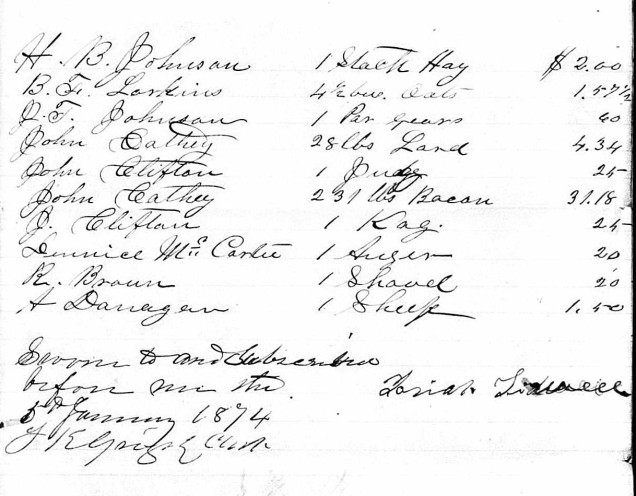 The burial place of Malachi and Peggy, along with their son, Edmond, is unknown. It is likely to be on their family farm.